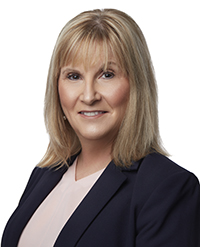 Whether it is a municipality or a home buyer, purchasing land and property is rarely as simple as it sounds. Purchasers are faced with decisions that often require the legal experience of a professional real estate attorney who understands the intricacies of real estate law.

Paducah real estate attorney Lisa Emmons knows this first hand. Lisa has served as an active leader within western Kentucky’s legal community for more than 30 years. Her attention to detail in her legal practice has earned her a reputation for being a real estate attorney who is able to help clients navigate the complex real estate law issues that face municipal agencies, private developers and individuals looking to purchase land and property.

Lisa’s insight into key governmental concerns, as they relate to planning and zoning issues, has provided city and county officials with the tools they need to make wise, legal decisions about land acquisition, financing, eminent domain and economic development. Her experience as a real estate attorney has provided her clients with the knowledge and the confidence they need to move forward on complex real estate transactions, foreclosures and a variety of other related issues.

While much of Lisa’s practice is focused on real estate law, she is also experienced in legal matters related to appropriately structuring and operating startup and existing businesses. She assists clients in the formation or dissolution of a business, adhering to corporate formalities, contract writing and protecting valuable proprietary business information.

A Paducah native, Lisa is committed to helping individuals, businesses and municipalities in western Kentucky with matters related to real estate law. However, her community involvement extends beyond her work as a real estate attorney within Paducah’s legal community. She has also played a key role in mentoring other women in business, having been honored with the Woman of Achievement Award presented by the Paducah-River City Business and Professional Women’s organization in 1990. She also serves on the Education Committee for the St. Mary School System.

Lisa is a graduate of Paducah Community College, Murray State University and holds a Juris Doctor from the University of Louisville. She is married to Keith Emmons. The couple has two children.