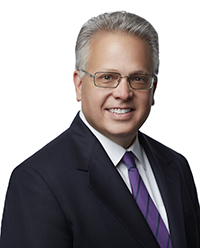 Glenn David Denton began his legal career on July 31, 1995.  Graduating from Paducah Tilghman High School, Centre College, and Chase College of Law, he returned to Paducah to practice with his father and the staff that watched him grow up.  After twenty plus years, a broad range of legal experiences, and more than fifteen trials to verdict, he enjoys providing legal services and advice to clients today more than ever.  Glenn focuses much of his time on litigation.  However, he counsels with clients regularly on how to avoid litigation and solve their problems before ending up in court.  Glenn represents individuals, small business owners, corporations, cities, and counties on a regular basis.  He takes his role as a counselor as seriously as his role as a litigator.  He is licensed to practice before the United States Supreme Court as well as federal and state courts throughout Kentucky and Illinois.  He frequently serves as local counsel to out-of-state attorneys practicing in the region. From the purchase of a home, to a will contest, to courtroom litigation between competitors, to the defense of big businesses, Glenn has handled all types of legal matters in western Kentucky and Southern Illinois.  In 2005, he was awarded the Chase Alumni Association’s Outstanding Recent Alumnus award.

Through his civic work, Glenn knows the Jackson Purchase region and the Commonwealth of Kentucky well.  Early in his career, he taught real estate law as an adjunct professor at the local community college.  Glenn is a past chairman of the Paducah Area Chamber of Commerce and Paducah-McCracken County Convention and Visitors Board.  He serves on the board of directors for Paducah Bank & Trust Company which has over $500 million in assets.  He also serves as treasurer and audit and finance committee chairman for the board for Lawyers Mutual Insurance Company of Kentucky which provides legal malpractice insurance to lawyers throughout Kentucky.  In 2008, Kentucky Governor Steve Beshear appointed Glenn to the Kentucky Council on Postsecondary Education which is responsible for coordinating higher education in the Commonwealth.  He was re-appointed to the Kentucky Council on Postsecondary Education in 2012 and confirmed both times by the Kentucky General Assembly. He served as the Council’s chair for two years before his term ended in 2017.

Glenn lives in the Wallace Park neighborhood of Paducah.  He and his wife Heather Hallmark Denton, who is also an attorney, have two children.