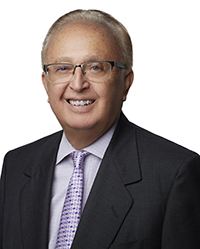 W. David Denton (Dave) is a 1969 graduate of the UK College of Law. A native of Somerset, Kentucky, he moved to Paducah upon graduating law school. In Paducah, he quickly made a name for himself not only as a premier attorney but also as a business and civic leader. In 1979 he founded one of the largest and most diverse law firms in the western Kentucky region. He currently serves as the managing attorney of the Denton Law Firm and oversees all management operations and professional development of the firm. With Dave’s wealth of knowledge and over 50 years of legal experience, the firm greatly values his leadership.

Dave’s business and civic accomplishments are noteworthy. He was the attorney and an organizing investor for the formation of Paducah Bank Shares, Inc., a holding company that owns and controls Paducah Bank & Trust Company. He has been involved as an investor, organizer and motivating force behind numerous real estate development projects and other highly successful business ventures during his career. He has served as the past chair of the Paducah-McCracken County Chamber of Commerce and the Greater Paducah Economic Development Council where he has been highly influential in economic development throughout the western Kentucky region. He is a former member of the Kentucky Council of Higher Education and is currently the Chair of the Commonwealth of Kentucky’s Executive Branch Ethics Commission. He was the long-term Chair of the Paducah-McCracken Public Library Board of Trustees. Dave also takes great pride in his recent induction into the University of Kentucky College of Law Hall of Fame.

Having a passion for education, he successfully chaired a fundraising campaign which raised more than $8.4 million—entirely through private donations in Paducah—for the construction of the University of Kentucky College of Engineering on the Paducah campus of West Kentucky Community and Technical College.